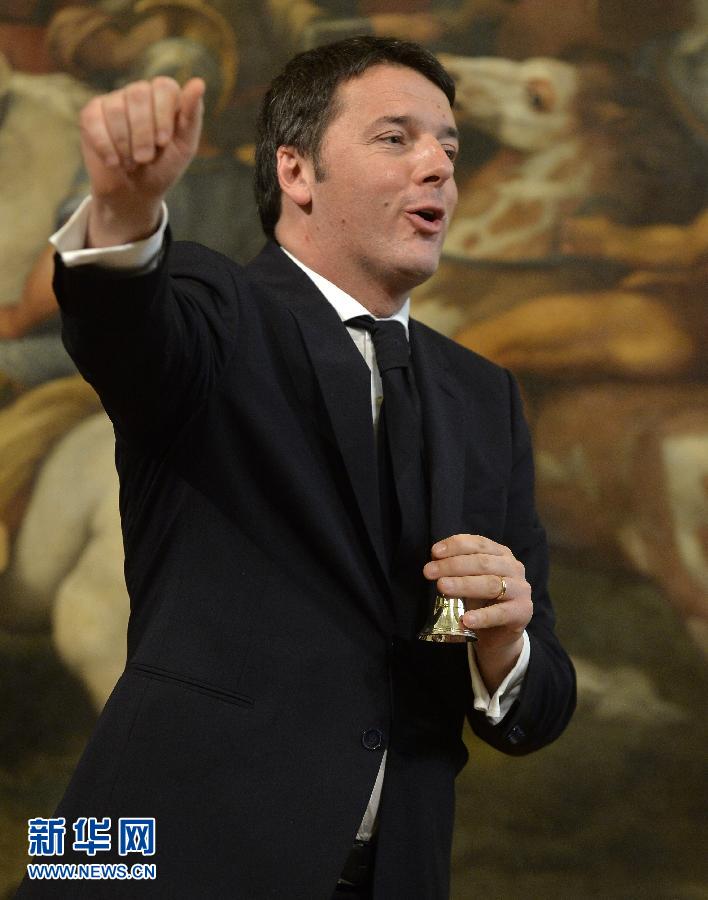 Xinhuanet Rome February 22 (Reporter Liu Yu) with the Democratic leader Matteo · Renzi as the new prime minister The Italian government was sworn in at the presidential palace on the morning of the 22nd.

The current government does not have a deputy prime minister, and the rejuvenation of cabinet ministers is a prominent feature of the government. The average age of cabinet members is about 48 years old. The new cabinet consists of 16 ministers and a state secretary of the Prime Minister’s Office, which is five fewer than the last Laita government. Eight female ministers in the new cabinet, including foreign ministers, defense ministers and other important positions are held by women. New Central Right Party leader Alfano continues to serve as Minister of the Interior.

Solving the economic problem is one of the important tasks facing the new Italian government. Therefore, the election of the Minister of Economy has caused widespread public concern. In the end, the post of Minister of Economy was chaired by OECD chief economist Pierre · Carlo · Padoan. He advocated tax cuts under conditions that guarantee government finances to stimulate economic growth.

The members of the Lenzi cabinet are mainly composed of the Central and Left Democratic Party, the Central Right New Central Right Party, the Intermediate Alliance and the Citizen Choice Party. The Democratic Party led by Renzi has occupied eight ministerial positions including diplomacy and justice. . There are three ministers from the New Central Right Party, one from the Intermediate League, one from the Citizens Choice Party, and three other ministers and a State Secretary as non-partisan. There are no members of the Italian Power Party led by former Prime Minister Silvio Berlusconi in this cabinet.

According to Ansa, the Italian Senate and the House of Representatives will vote in confidence on the new government on the 24th and 25th, respectively.