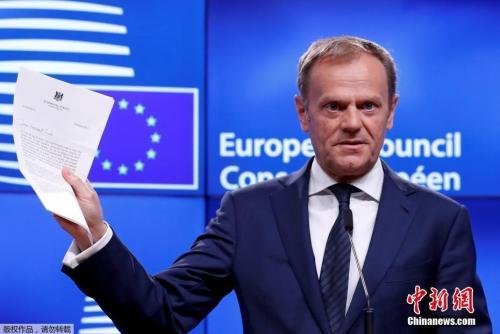 Zhongguo Xinshe News Agency, Brussels, November 15 (Reporter De Yongjian) After the European Union and the United Kingdom reached a “Brexit” agreement, European Council President Tusk announced on the 15th that the EU is scheduled for 11 On the 25th of the month, a special summit was held to deliberate and even formally approve the “Brexit” agreement.

On the same day, Tusk and the EU “Brexit” talks with the chief representative of Barnier and met with reporters. On the evening of the 14th local time, the EU announced that it had reached an agreement with the United Kingdom, and the 585-page agreement was also announced.

Tusk said at a joint press conference that the EU-27 is currently analyzing the “Brexit” agreement. This weekend, the 27 ambassadors to the EU will hold a meeting to jointly discuss the contents of the agreement.